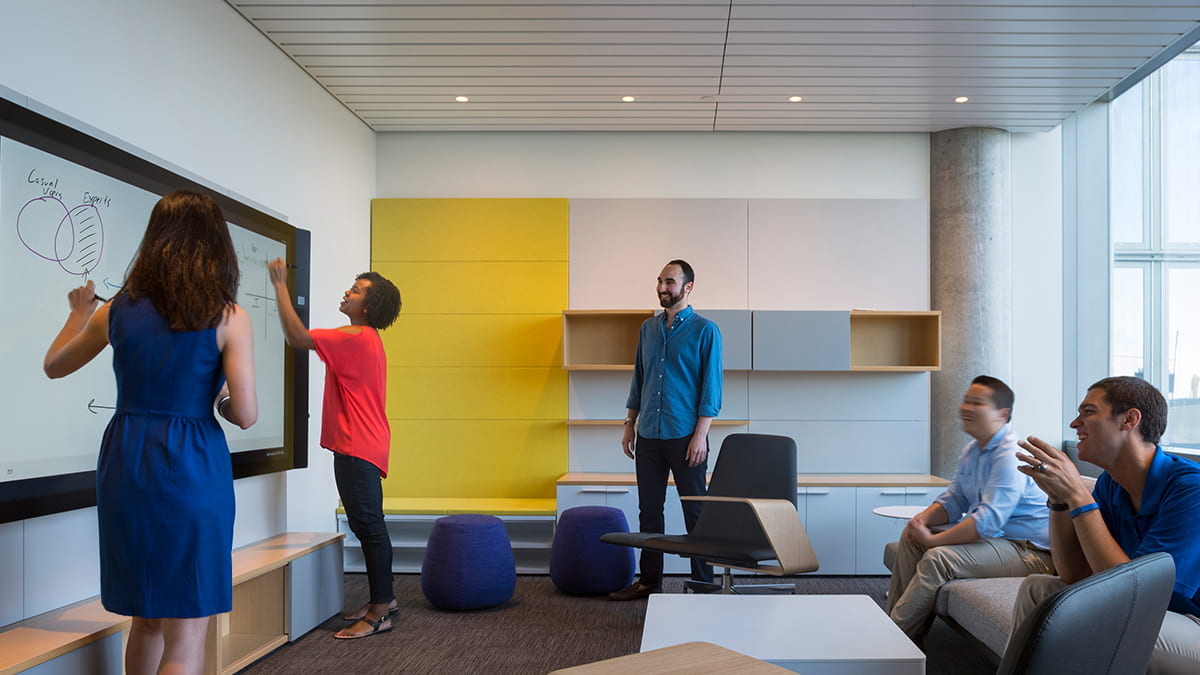 “Computational Thinking for Business Leaders” is the first course students take in the MBAi Program, a joint-degree offering between the Kellogg School of Management and Northwestern’s McCormick School of Engineering. This foundational course helps students use a leadership lens to understand how to develop strategies related to AI-driven projects.

Professor Sara Sood, who teaches the course, recently took time to talk about how the class is structured and how it prepares students for the rest of their time in MBAi and beyond.

What’s your goal for the course?

How is the course structured?

I think of the class as having three major verticals: The first is setting up the programming practices and processes that these students will go through as developers. The end goal is not to turn them into software engineers, but rather for them to develop empathy for engineers.

The second focuses on programming paradigms, which really means different styles of programming. When most people talk about programming, they talk about languages like Python and C++, but as computer scientists, we usually talk about paradigms, because one language can support many paradigms. In the class we introduce them to procedural paradigms, functional paradigms and object-oriented paradigms. The idea is to broaden their perspective of what is possible with programming.

The last is about AI subfields and applications. My goal in this class is to have them become better developers, and I do that by having them build stuff, which inherently will be focused on AI or machine learning, which also prepares them for the next set of classes they’ll take in the program.

What are some of the things you have them build?

One of the first things they learn to do is build a conversational chatbot. We use the CIA World Factbook as a backend data source for the chatbot, and they have to build all portions of the system. They build the system that analyzes the question a user asks, as well as the system that goes to the data, takes the answer and delivers it back to the user. We also do supervised machine learning, and I have them build a sentiment analysis system that uses thousands of movie reviews. The idea is to train the system to recognize and label a new review as either positive or negative.

If students walked away from your class having learned only one thing, what would you hope that is?

I would hope my students realize that computer science is not magic. You also don’t have to have been programming since you were 10 to succeed in this class. I didn’t take my first computer science class until I was a junior in college.

How do you think students can take what they learn in your class and throughout MBAi and apply it professionally?

I see what students do in MBAi as exploring the many specializations within tech. A student may have an idea what blockchain is and some interest in cryptocurrency but no experience. MBAi is structured so they can do a deep dive in that while also still building their more MBA-specific skills. They get the benefit of both worlds.

Why is that “both worlds” perspective so valuable?

Being someone who sits at the intersection of tech and leadership or tech and strategy is really important. MBAi is helping students develop intuition around AI and machine learning and software development processes. Taking someone who is a natural leader or who has the industry experience or business background and giving them an understanding of how the processes work and some intuition around AI and machine learning positions them well to be leaders in this space.

Read more about our MBAi community on Inside Kellogg.