Exploring South Africa through GIM and a Summer Internship 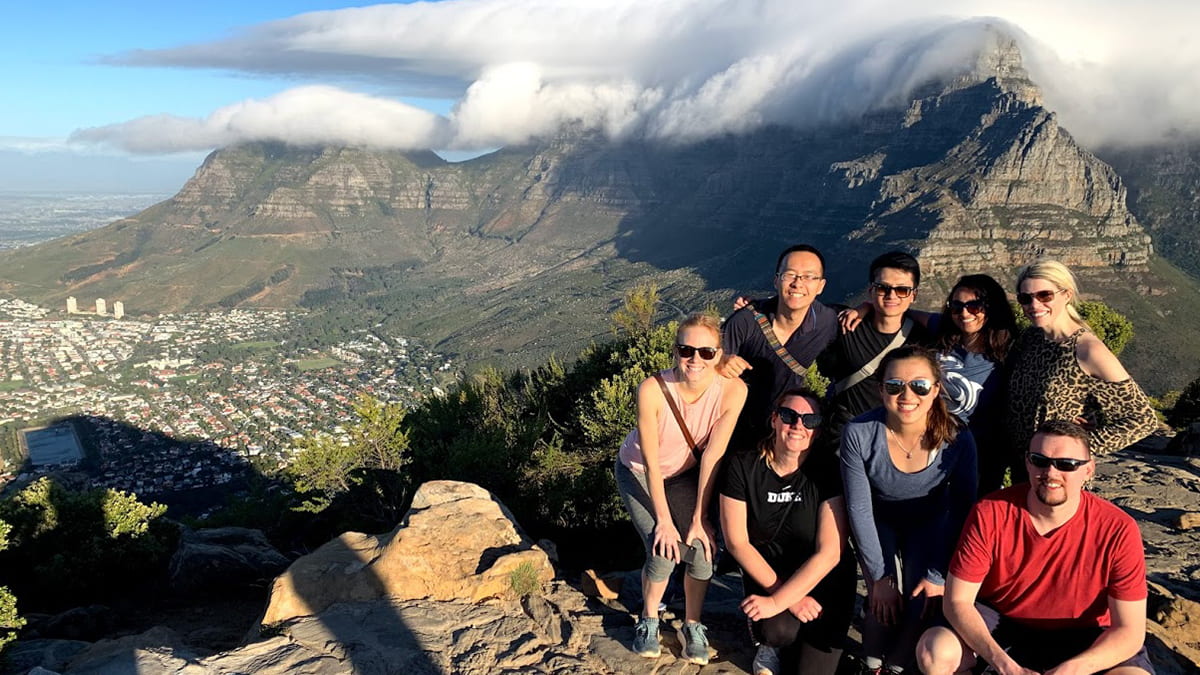 I had been eager to participate in Global Initiatives of Management (GIM) Social Impact course since before I joined Kellogg in fall of 2018. The fact that it was in South Africa, a destination on top of my bucket list, only added to my excitement. I knew it would be a transformative experience… and it was.

Years of apartheid in South Africa have resulted in social and environmental problems that are now buried into the threadwork of the country. Even today, South Africa continues to remain a divided country in many ways. To give you an example, the youth unemployment rate in South Africa is 53.18% (that’s not a typo), with Black South Africans bearing the brunt. In the weeks leading up to the trip, my classmates and I conducted extensive research on various organizations working to address this problem across areas like education, workforce development, and access to reliable energy among others, thinking critically about how their work was helping South Africa become more equitable. 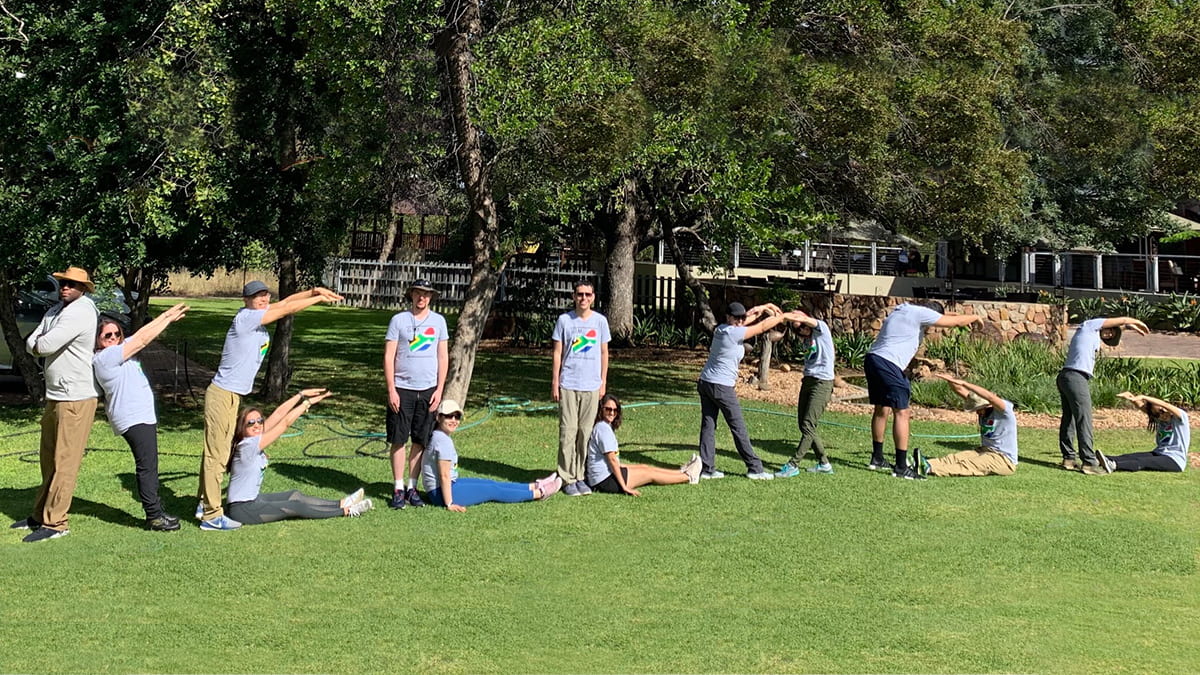 However, only once we arrived in South Africa, did we see how much certain interventions were transforming the lives of people. One such organization was the African Leadership Academy, a school developing future African leaders that brings together some truly talented, but disadvantaged young adults from all over the continent. Through a generous scholarship and rigorous coursework that made an MBA sound like a cakewalk, they train students to gain admission in leading universities in U.S. and Europe with a promise of returning to the continent to lead transformative changes on the ground. I-Drop, another changemaker, had developed a low-resource water dispenser that allowed people in underprivileged communities to access affordable clean drinking water even as Cape Town experienced the worst drought in the country’s history.

These interactions would not have been possible had I visited the country as a tourist. Cape Town with its beautiful vistas and splendid wine farms can easily make you believe that all is well. GIM allowed us to see beneath the surface and appreciate the amount of work being done to really make an impact.

Less than three months later, I was back in beautiful Cape Town, this time for my summer internship with Diageo’s Empowerment Trust in South Africa’s investment arm, Cheers Z Ventures. Kellogg had again delivered on the promise of allowing me to forge an unconventional career path in impact investing focused on emerging markets. I, along with two of my classmates, joined CZV to work on a program to make traditionally disadvantaged smallholder farmers commercially competitive, while helping select social entrepreneurs for a grant investment. Little did we know the leadership lessons that lay in store for us.

The internship took us to remote farmlands in Eastern Cape where we interviewed farmers on their major pain points in producing sorghum (raw material for beers) for Diageo. We witnessed a heated interaction during the village council meeting, unearthing the issue that those who held the pursestrings were different from those who actually worked on the farms. Powered with this knowledge, we introduced a new feature in the program to allow for female farmers to open their own bank accounts that would receive direct deposits for their labor. We learned that driving change through an economic stimulus program could not be done in a vacuum and needed to seriously account for the underlying socio-economic factors in the community — something that could only be achieved by being on the ground and among the people we were trying to help. 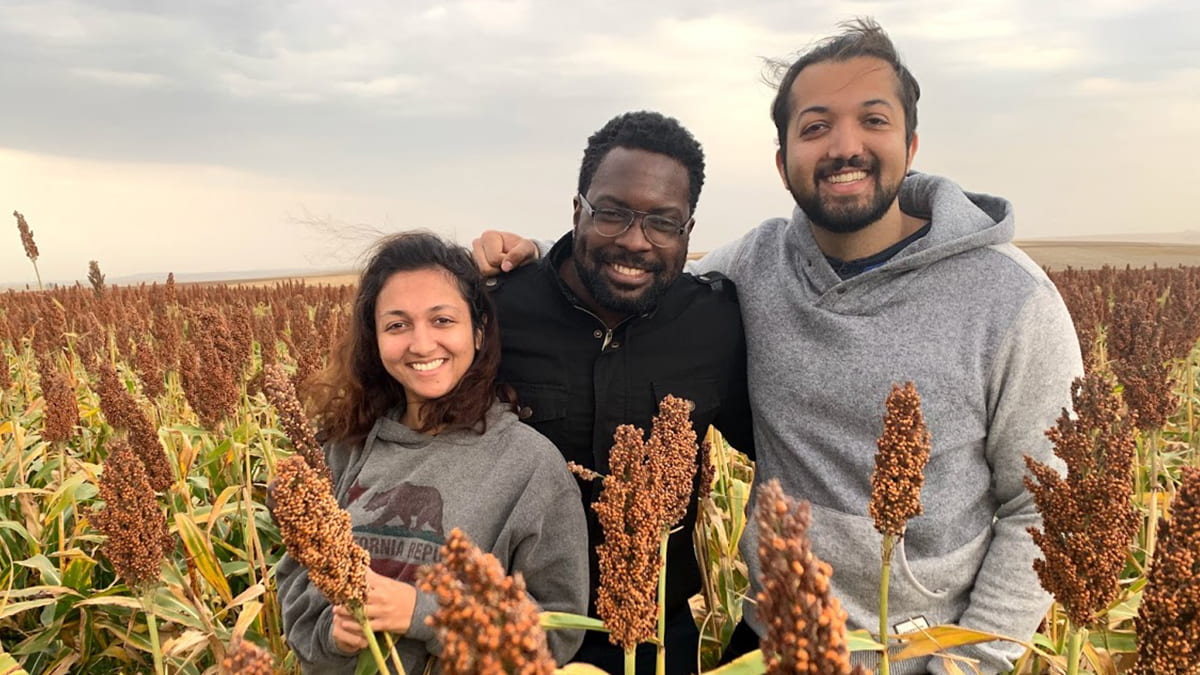 The organizational and cultural nuances around working in an emerging market added a new layer of complexity. Halfway through our internship, we were informed that their fundraising efforts to supplement Diageo’s donation did not come to fruition and they would no longer be able to pay us. Of course, Kellogg had our backs. The social impact department immediately offered to supplement the lost income, while our professors connected us with alumni and contacts in the area for tactical and emotional support during a very stressful time. But therein lay another key leadership lesson of perseverance in the face of crisis, as we found innovative ways to manage up and ensure that the program could continue despite the upheaval.

These were, hands down, the most enriching experiences I’ve had at Kellogg. I especially appreciated being exposed to the viewpoints of leaders we met in South Africa, the E&W and EMBA students, and the network we interacted with during the internship. And it was of course, nice to do this all while building lifelong friendships as we explored Cape Peninsula, visited penguins, hiked up Lion’s Head, and dived with sharks!

It is my hope and wish for every student that they use their time at Kellogg to take opportunities to step outside their comfort zone and gain such life-changing experiences. It’s worth it!