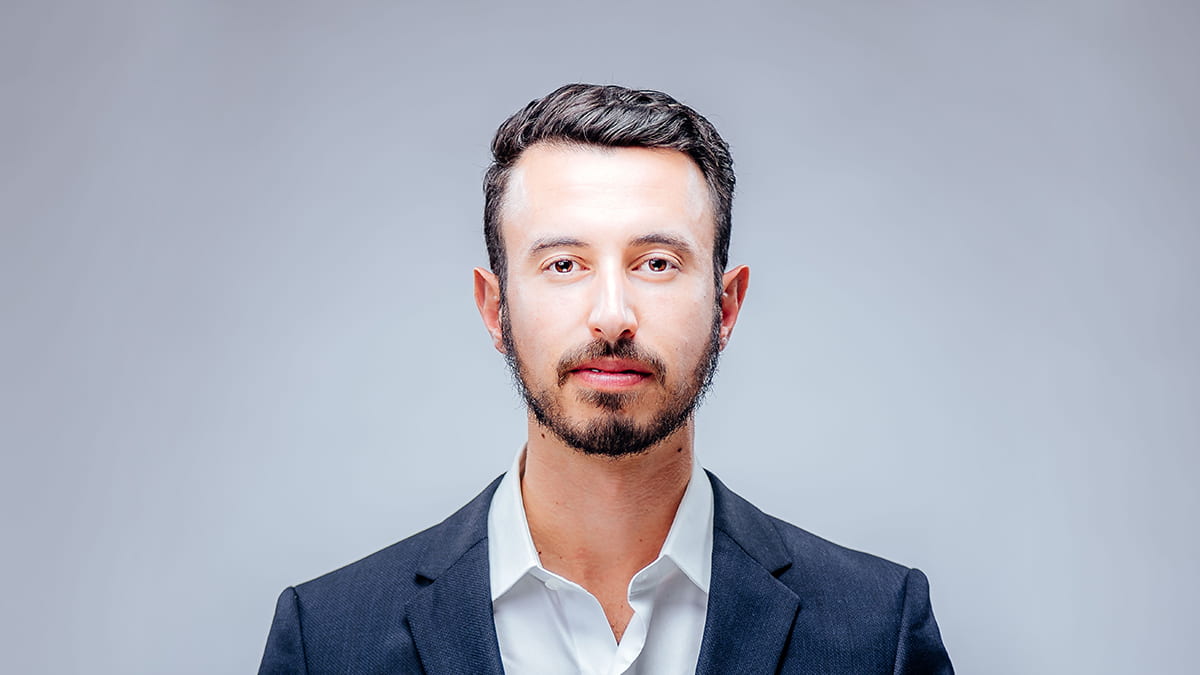 It began during a KIEI event last Fall. I connected with a McCormick professor and his former post-doc student from Northwestern’s Center for Synthetic Biology, who were looking for a business partner at the time. We first put together some potential options for roles and projects I could do at the company. And the more we worked together, the better it got, and the more need they found in having a business partner. The Zell Fellows Program was kind enough to allow me to pivot to work with Stemloop and, in the last few months, I’ve been brought on as a co-founder. Things have been working out really well ever since.

The startup before COVID-19

So, my fellow co-founders, Khalid Alam and Julius Lucks, developed this amazing sensor technology that can test for contaminants in water and on surfaces quickly and rapidly, all without the need to send anything to a lab. We were working in the clean water space and specifically developed a sensor for lead. Prior to our sensor potentially coming out, if you wanted to test your water you would have to send it to a lab and it costs hundreds of dollars and could take weeks. We were offering a test where you could test do onsite, that would take a couple hours, and cost a minimal amount. We were actually having a ton of traction right before COVID-19. But now we’re looking to take that similar methodology and similar technology to testing for COVID-19.

About three months ago, we had testing for COVID-19 on our meetings agenda, but we had more of an approach of “yeah, we can look into this.” But we weren’t taking it too seriously because our IP is primarily focused around chemical testing, so not necessarily for pathogens. And while the platform has the ability to do that, it’s just a longer road to get there.

Then, about two months ago, when things were starting to lock down and it was looking pretty crazy, Khalid, who was working on this full-time and received a grant from the Department of Energy, was beginning to receive a ton of communications to see if we could test for SARS-CoV-2. At first, the answer was no – but it made him start to think about it and he brought this to the team.

We already had a couple questions to face: ‘What are we going to do if Khalid can’t continue to go to the lab and work on his product?’ ‘Is this something that we actually want to address?’ ‘If so, should we explore it or should we put all our resources behind it?’ Long story short, we decided on the latter.

Our decision to pivot carries some risk because there’s always the small chance this could blow over in a couple of months and nobody would be interested in testing for COVID-19. But we’re tackling this problem by building a testing platform that is modular by design, so that it can be adapted if there are new mutations of COVID-19, or repurposed for other pathogens such as Legionella or Salmonella, areas we know are in need for a testing platform like ours.

Our goal is to help employers bridge the gap and bring us back to a similar, working environment to where we were before. But in order to so, you need to know what is in your environment. So, we’re looking to empower employers to understand what’s in their environment. For example, let’s say an employer is notified that one of their employees has a fever. First, that employee is sent home. Now what does the employer do? Do they shut the whole office down? Do they force people to work, even though they know they might be contaminated? Do they call in a cleaning crew? Ultimately, these are very crude options. So, we would like to give employers the option to first test, see if there’s any infection, test the environment, and from there, implement proper protocols. Though there’s plenty of other use cases, that’s the target market.

Lessons learned along the way

It’s an interesting dilemma, because we want to take advantage of an opportunity and our skillsets to solve something. But at the same time, we put a lot of effort behind the water space and felt like we were just getting some traction. So, it’s a balance between trying to make a quick and deliberate decision without being rash and hasty. And nobody knows what the long-term impact of this is going to be and whether or not it was the right decision to make this pivot. But it definitely felt like the right decision to make at the time. So, I think in terms of lessons learned, it was the ability to be able to act deliberately and quickly, but not rash. I always think it’s better to make a decision than no decision at all.

Developing as a leader

This period has made me become hyper-aware of peoples’ emotional states. For example, we submitted a proposal a few weeks ago but were only granted a quarter of the money we originally asked for. And I knew my colleague was pretty upset because we spent a lot of time working on that proposal. Because the environment we’re in right now is so strange, I made a conscious decision to call him and talk to him about it. He was fine, but it prompted me to keep checking in with everyone and seeing how everyone was doing. And that’s more important than ever. I hope to take that forward with me beyond this moment.

But I’m glad we’re not on the sidelines for this one.