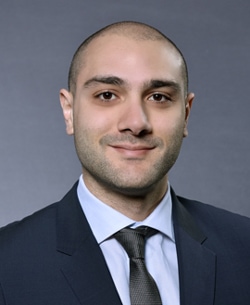 Nour Kteily is a Professor of Management and Organizations and co-director of the Dispute Resolution Research Center at Northwestern University. He specializes in teaching negotiation, conflict resolution, and decision-making. His research uses the tools of social psychology to investigate how and why conflict emerges between groups in society, and how to equitably resolve it. He considers the role of power and status differences between groups, investigating how inequality and social hierarchy exacerbate conflict. His work spans conflict between racial and ethnic groups, conflict between political parties and ideological opponents, and international conflicts such as the conflict in the Middle East.

Professor Kteily's research has been published in leading journals such as Proceedings of the National Academy of Sciences, Nature Human Behaviour, and the Journal of Personality and Social Psychology. His work has also been featured in popular press outlets, including The New York Times, The Washington Post, The Boston Globe, ﻿and ﻿Harvard Business Review.

In recognition of his research, Kteily has received the SAGE Young Scholar Award from the Foundation for Personality and Social Psychology, the James Sidanius Early Career Award from the International Society for Political Psychology, and the Janet Taylor Spence Award for Transformative Early Career Contributions from the Association for Psychological Science. He also received the Gordon Allport Prize in Intergroup Relations from the Society for the Psychological Study of Social Issues and the Roberta Sigel Early Career Scholar Paper Award (twice) from the International Society of Political Psychology.

In recognition of his teaching, Kteily was voted as Faculty Member of the Year by the Kellogg Masters in Management Studies graduating classes of 2016 and 2017. In 2018, Kteily was named as one of the best 40 business school professors under 40 years of age by Poets & Quants.

Professor Kteily received his B.Sc. with First Class Honors from McGill University and his PhD in social psychology from Harvard University.

Individual. Interpersonal. Institutional. Intentionally designed to be in-person, this program empowers you as DEI Leaders to take proven concepts and translate them into bold actions, creating meaningful change for yourself, your employees, and your organization.

The Kellogg Executive Development Program transforms organizational leaders. It equips top-performing, mid-level to senior managers to make decisions and take strategic action based upon both traditional and innovative business practices. Participants build skills and awareness as they realize their potential for assuming general management roles.

Take your negotiation skills from pro to master. In this NEW certificate program, you’ll learn from professor Leigh Thompson how to navigate the most challenging negotiations, from mergers and acquisitions to internal and external crises. You’ll leave this experiential program with a playbook and the skills necessary to negotiate in any situation.

Advanced Negotiations (MORSX-475-0)
Advanced Negotiations builds on the content and strategies presented in the core Negotiations course and expands students negotiating expertise. Specifically, the class highlights a number of traps experienced negotiators encounter and teaches students strategies to overcome these traps and maximize their success in complex negotiations. Traps such as negotiating the wrong issues, failing to effectively capitalize on power in the negotiation, getting pulled into issue by issue conversations, and incorrectly analyzing the context around the negotiation will be discussed.


Advanced Negotiations (MORS-975-5)
This course builds upon the Negotiations Fundamentals class and assumes familiarity with the core negotiation concepts (e.g., BATNA, integrative negotiations, Pareto efficiency). The class will expand students' skillsets by emphasizing topics such as maximizing outcomes in multi-party negotiations, managing multi-round negotiations, negotiating in diverse contexts, and analyzing complex real-world negotiations. The course will include a series of simulated negotiation simulations and cases, along with a video-based self-assessment. Attendance at every class meeting is mandatory.

Leadership in Organizations (MORS-430-0)
This course provides students with the social science tools needed to solve organizational problems and influence the actions of individuals, groups and organizations. It prepares managers to understand how to best organize and motivate the human capital of the firm, manage social networks and alliances, and execute strategic change. This is accomplished through knowledge of competitive decision making, reward system design, team building, strategic negotiation, political dynamics, corporate culture and strategic organizational design.