How to build a Kellogg leader

The idea that changed everything

The person who made a difference

Cindi Bigelow boils it down

The idea that changed everything

Alumni share ideas and lessons learned at Kellogg that opened them up to a new way of thinking about themselves and the world.

During their time at the Kellogg School of Management, students gobble up lessons from textbooks and case studies, lectures and group projects. They get wise counsel from faculty during office hours and inspiring advice from speakers who come to campus.

And many of those ideas end up serving as touchstones for a lifetime — guiding lights for alumni as they navigate their careers, manage their teams and think about the world they want to create.

To learn more about the lessons with the biggest impact, we talked to alumni from a range of different fields and class years. Here, they share in their own words how they’ve taken those ideas forward in their lives.

Idea #1: ‘Be honest with yourself about your interests and capacity.’ 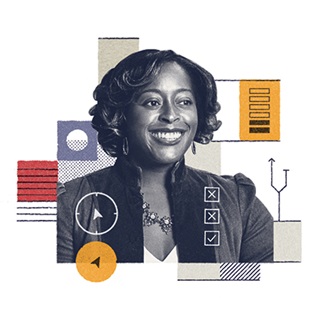 Kimberly Marshall ’12 MBA is an adviser to Goldman Sachs’ Launch with GS, a $1 billion investing strategy guided by data showing that diverse teams drive returns. Previously, she spent four years with Uber, where she helped the company grow from 19 markets to more than 400.

“There are so many incredible things to do at Kellogg, but you can’t do them all. Maximizing your experience at Kellogg requires an awareness, discipline and shrewdness about how you spend your time. That [self-knowledge is] also critical to maximize in your career and your life.

“What advice would I give my younger self? Don’t be distracted by traditional recruiting if you know you’re pursuing a nontraditional path. When so many of your brilliant fellow classmates are doing one thing, it may feel foolish not to do the same, but stay true to your career vision.”

Idea #2: ‘Find common ground to change the world for the better.’ 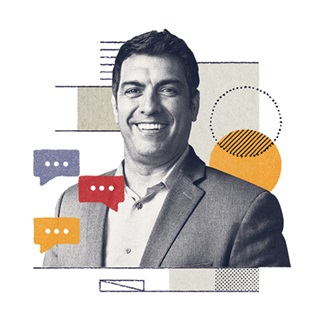 John D. John ’16 MBA is a warfare capability analyst for the chairman of the Joint Chiefs of Staff, US Department of Defense. He previously served as commanding officer of USS Ross (DDG 71) in the Naval Surface Force Atlantic. He has won a Defense Meritorious Service Medal, five Navy Commendation Medals and two Navy Achievement Medals.

“I had spent 12 years in the military when I got to Kellogg, and I was a little bit arrogant about my leadership abilities. They asked us where we put ourselves in terms of our leadership skills relative to others, and I’m embarrassed to admit I put myself in the top 5%.

“I was wrong. At the time, I was really good at leading teams of people who thought like me, who dressed like me, who had the same common goal and objectives, and who came from the same place. But I had zero experience leading cross-cultural teams who came from diametrically opposed points of view and needed to unite on common ground.

“One of the fascinating things about being at Kellogg is that there are people who are in this program whose countries are actively engaged in armed conflict with each other. Yet when we come to Kellogg, people whose countrymen are fighting each other are in our study rooms, sharing, uniting, collaborating and innovating together.

“It’s inspiring to be a part of that process and to share the journey with them. If they can do it, then why can’t we? That’s what the Kellogg example is all about.”

“My classmates and I spent a lot of time with the late J. Keith Murnighan, the Harold H. Hines Jr. Distinguished Professor of Risk Management. The mantra behind his ‘do nothing’ leadership style was being able to trust others who you may not have been willing to trust before. Think about junior personnel in your organization: How much are you willing to let them fail?

“It’s important for everybody to recognize that those failures, while they could potentially be catastrophic at some point, are necessary for people to gain their own self-confidence and someday take the job from you. And that’s what we’re trying to do.”

Idea #3: ‘Know the downsides of your strengths.’ 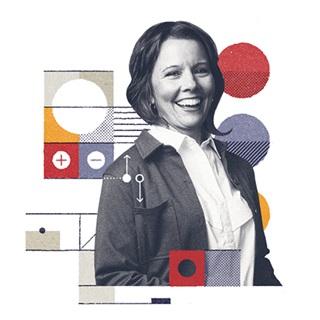 “Every single year in the 20 years since I graduated from Kellogg, I’ve found myself in a situation where I’ve thought about or told the story of my team’s experience with the Carter Racing case.

“The case presented a scenario in which classroom teams pretended to be team owners of a race car. As new information trickled in, the team owners had to decide if they would continue to race their car in the upcoming race.

“Generally, I am proud of my persistence and consider it to be one of my greatest strengths. However, the Carter Racing case helped me to see and feel the downside of that attribute in a way that reminds me to pivot or pause from time to time.”

“In the midst of my business school evaluation process, I attended a Day at Kellogg informational session. A piece of advice that a member of a panel gave to me and the rest of the audience was to pick a professor and pick a topic and do an independent study project.

“The panelist said something to the effect of, ‘You are paying thousands of dollars to spend time with some of the brightest minds in business. Take advantage of your time in business school by really getting to know a topic you’re interested in and building a relationship with a professor you want to learn from.’

“That advice inspired me, and I did three independent study projects with three different professors while I was at Kellogg. I have shared that advice with many others over the years.” 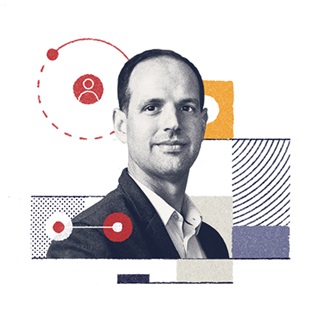 “I took a class called The Human Element of Private Equity. We used a great book by Robert Cialdini and learned the six ‘weapons of influence’ he identified. I still refer back to that book, recommend it and give it to all of my teams. Why? Because CEOs need to influence others, boards need to influence shareholders, and other leaders need to influence customers, regulators and governments.”

“Professor Kraemer taught a lesson about organizing all 168 hours in your week. It really forces you to think about everything you’re doing in your life. You have to ask yourself: Is this really a priority? Why am I spending five hours doing this?

“Until you budget it, you can’t measure it and you can’t improve it. Budget sleep, budget time with family, friends, hobbies — all of that. For me, that was a really important lesson.”

Idea #5: ‘Learn the power of collaboration.’ 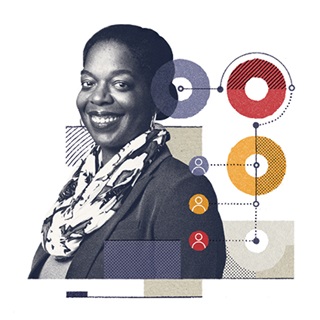 Chereese Johnson ’07 MBA is a human resources leader who has worked at Chevron, Hewitt Associates and Northern Trust.

“The power of ‘we’ is my biggest takeaway from Kellogg. Learning from, working with and helping others proved to be a critical component of success at Kellogg and throughout my career. Through the various opportunities to collaborate, I learned the art of building relationships with a diverse array of people, the savvy required to influence others with my ideas, and the skill sets needed to tap into the talents of a team. As I have continued my career journey, this lesson has been invaluable and impactful in growing my capabilities as an effective and inspirational leader.”

“The best advice I received was from Dean Dipak C. Jain at my 2007 graduation ceremony. During his address, he advised that we should continuously learn and never stay stagnant. This stuck with me because I considered the Kellogg experience to be the pivotal end to my traditional learning experience. In some ways, I naively thought I had all the knowledge that I would ever need to carry me throughout my career. But, through Dean Jain’s words, I was reminded of the reality that the world is ever evolving and we as humans are constantly changing. Sowing the seeds of new knowledge and perspective into myself and others helps to bring forth more meaningful and relevant contributions and helps to further develop the capabilities of myself and others. Education will never stop but continue in a variety of forms throughout one’s lifetime. It is up to us to embrace the challenge of stimulating our intellectual curiosity over time through learning.”

We want to hear from you:

What idea did you learn at Kellogg that has stayed with you? Share your story with us at KelloggMagazine@kellogg.northwestern.edu, and we may publish it in a future issue of the magazine.

More ideas to change everything

Need some inspiration? We can help.

Our commitment to offering career-transforming ideas doesn’t end when you graduate. Visit Kellogg Insight for accessible and engaging thought leadership from our renowned faculty.